Complete this form to create a website for your student organization.

Office of the Registrar
Office of Student Financial Aid 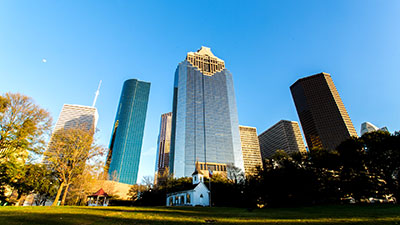 America's fourth largest city is a great place to live, work and play. Find out why.
Get to Know Houston

The membership of this honor medical society is composed of undergraduates who have shown promise of becoming leaders in their profession, graduate members who later have attained such leadership, honorary members consisting of physicians who have attained national distinction, and persons, whether physicians or not, who have gained unusual recognition in fields related to medicine. At least twice a year medical students are elected to membership. To be considered for membership, a student must have completed the foundational sciences and at least four quarters of clinical work and must stand academically in the top 25 percent (based on grades alone) of the class. Generally, one-sixth of the graduating class is elected to membership. View the Alpha Omega Alpha Honor Medical Society site.

The Gold Humanism Honor Society is an international organization that recognizes, supports and promotes the values of humanism and professionalism in medicine. At Baylor College of Medicine, the Gold Humanism Honor Society recognizes rising 4th-year medical students who exhibit characteristics such as integrity, excellence, compassion, altruism, respect and empathy. The selection process begins with peer nomination followed by faculty review. GHHS members organize and carry out a service project each year that highlights their commitment to caring for patients.

The Student Organization Handbook provides guidelines and policies for all officially recognized medical student organizations. Students are responsible for knowing all the information presented in this handbook.

Follow the journeys of your colleagues on Progress Notes where BCM medical students share their stories from the clinics.