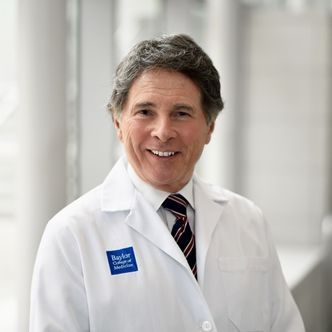 Professional Statement
Statement
Dr. Ronald S. Lepow is a native Houstonian and the eldest of five children. He attended elementary, junior, and senior high school in Houston, as well as graduating with a Bachelors Degree from the University of Houston in 1967. Following graduation from the University of Houston, Dr. Ronald Lepow attended the Illinois College of Podiatric Medicine where he earned his D.P.M. degree and completed his surgical training in Dallas, Texas. Dr. Ronald Lepow opened his practice in Houston on Bellaire Boulevard in 1972. Since beginning private practice, Dr. Ronald Lepow has been active in his profession serving as President of the Harris County Podiatric Medical Society, President of the Texas Podiatric Medical Association, and the American Podiatric Medical Association. Dr. Lepow is the only American to ever serve as the President of the Federation Internationale des Podologues (FIP). He completed his two-year term in 2005. This International Organization represents 50,000 Podiatrists in 19 countries on 5 continents. Dr. Ronald Lepow continues to maintain membership in all of the Podiatric Professional Associations and has been the recipient of numerous professional as well as civic awards. Among these special honors are the International Volunteer of the Year for the Juvenile Diabetes Foundation, Special Appreciation Award from the Texas Podiatric Medical Association, Social Science Distinguished Alumnus Award from the University of Houston, and the election to the National Academies of Practice. In 2009, Dr. Ronald Lepow was awarded the Distinguished Service Citation. This is the highest recognition given by the American Podiatric Medical Association. Dr. Lepow is certified in foot and ankle surgery by the American Board of Podiatric Surgery, and he is an active participant in training of residents in the Houston area. Dr. Lepow has an appointment to the Baylor College of Medicine as an Assistant Professor of Foot and Ankle Surgery in the Department of Orthopedic Surgery. Dr. Lepow is married to Diane Lepow and is the father of two children, Jeffrey and Natalie. Dr. Lepow enjoys traveling, reading, writing, and playing golf.