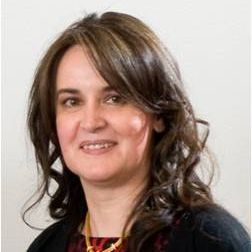 The brain has a remarkable ability to generate new neurons in our center of learning and memory, throughout our lifespan. The rate of neurogenesis can be affected by many factors, from metabolism to physical and social activity. I focus on understanding the mechanisms of adult neurogenesis and the factors that affect it, using the tools of chemistry, genetics, computational and systems neurobiology, and neuroimaging. My ultimate goal is to develop regenerative therapies, i.e., to stimulate birth and survival of new neurons in a targeted and controlled manner to enable safe treatment of a variety of disorders that affect memory and mood.

Our research has uncovered an early critical period of newborn cell survival in the adult hippocampal neurogenic niche highlighting the role of microglia and neuroinflammation in neurogenesis (Cell Stem Cell 2010), a new communication pathway between the neural stem cells and their daughter cells (eLife 2017), and identified a novel fate of both neural stem cells (Cell Stem Cell 2015) and microglia (PloS Biology 2016) in the neurogenic niche exposed to chronic epilepsy. Our most recent work identified oleic acid as a long-sought endogenous agonist ligand of a nuclear receptor Tlx/Nr2e1, the master regulator of neural stem cell self-renewal and neurogenesis (PNAS 2022). Further, we are actively engaged in developing new methodologies for analysis of nuclear magnetic resonance spectroscopy (NMR/MRS) and mass spectrometry data (Bioinformatics 2011, Stat Anal Data Mining 2013), important for biomarker discovery in both biofuids and tissues in vitro and in vivo. To translate our discoveries to clinic, we also developed analytical algorithms to detect and quantify human hippocampal neurogenesis (Science 2007). Altogether, this work now gives us an opportunity to not only begin to systematically study human neurogenesis in vivo but also to target it specifically, toward new therapies aimed to increase the population of hippocampal stem cells and the production of newborn neurons.

Overall, our studies provide critical insights into the basic principles involved in the maintenance of neurogenesis in both normal and abnormal conditions. In addition, our ability to image different cell types and metabolites in both animal models and the human brain using MRI techniques enables us to readily translate our basic science knowledge to clinical studies of a variety of human diseases where neurogenesis might be important.