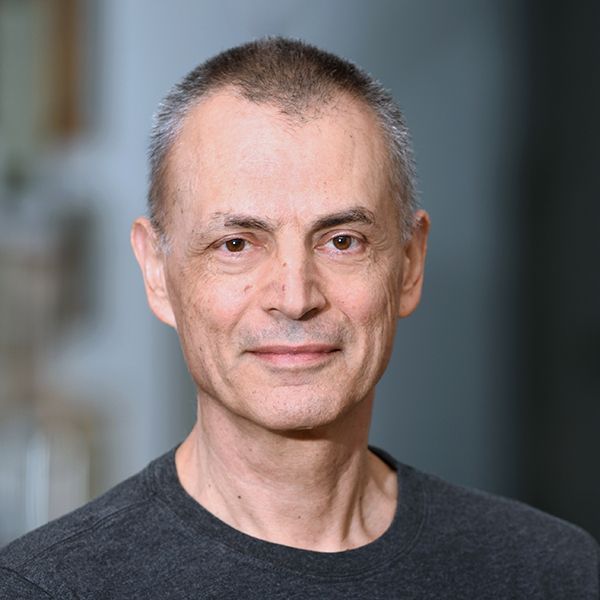 Professor and Director of Graduate Studies

Allorecognition: Dictyostelium cells preferentially cooperate with relatives (Ostrowski, 2008), and we are investigating the mechanisms that underlie this kin discrimination. We found two cell-cell adhesion genes, tgrB1 and tgrC1, that are highly polymorphic in natural populations and required for allorecognition (Benabentos, 2009), and showed that the sequence polymorphism in these genes is sufficient to explain allorecognition in Dictyostelium (Hirose, 2011). This kin-recognition system protects cooperators against cheaters (Ho, 2013) and is temporally regulated, which allows it to evolve despite its essential role in development (Ho, 2015). We are investigating the mechanisms that regulate allorecognition under the hypothesis that TgrB1 and TgrC1 function as a ligand-receptor pair (Hirose, 2017), which is at the top of a signal transduction cascade that regulates development and allorecognition. The TgrB1-C1 system replaces cAMP as the central signaling system during tissue integration (Hirose, 2021), and we are investigating the downstream signal transduction mechanisms that were initially found using a genetic suppressor screen (Li, 2016).

The evolution of social behavior in Dictyostelium: Social organisms must deal with cheaters - individuals that reap the benefits of sociality without paying the costs. In Dictyostelium, some cells sacrifice themselves and benefit other cells that may be genetically different, providing a fertile ground for cheating. We have found over 100 genes that participate in social interactions (Santorelli, 2008) and used genetic tools to characterize mechanisms that determine social interactions and test how cooperators resist cheating (Khare and Shaulsky, 2006; Khare, 2009; Khare and Shaulsky, 2010). We are investigating the role of the TgrB1-C1 signaling system in cheating.

Functional Genomics: We have used transcriptomes to discover gene function in Dictyostelium (Booth, 2005; Van Driessche, 2007). We also showed that the transcriptome is a good phenotyping tool for discovering epistatic relationships (Van Driessche, 2005). Using RNA-seq, we compared the developmental transcriptomes of D. discoideum and D. purpureum, two species that diverged ~350MYA, but whose developmental morphologies are similar. We found vast similarities between the two transcriptomes (Parikh, 2010). We analyzed many mutants, and we developed a system for the analysis of transcription factors with RNA-seq and ChIP-seq (Santhanam, 2015). We found complex regulation of transcriptional activity during development (Rosengarten, 2015) and described the long-non-coding transcriptome (Rosengarten, 2017). We are analyzing the major transcriptional transitions that characterize Dictyostelium development using RNA-seq profiles of 20 mutants (Katoh-Kurasawa, 2021). We are also developing new tools for the exploration of the Dictyostelium genome, including a deep coverage genomic DNA library (Rosengarten, 2015), gene discovery by chemical mutagenesis at low level and whole-genome sequencing to identify mutations (Li, 2016) and an adaptation of GoldenBraid as a synthetic biology tool for Dictyostelium (Kundert, 2020).

Data Mining: We are collaborating with Dr. Zupan and his group at the University of Ljubljana, Slovenia to develop new concepts in genetic analysis. Previously we have developed a tool that performs automated epistasis analysis, GenePath (Demsar, 2001). We developed a gene function prediction system that relies on compressive data fusion and chaining and demonstrated its utility in predicting the function of bacterial-recognition genes in D. discoideum (Zitnik, 2015). We also developed dictyExpress, a web tool that can access and analyze our transcriptional profiling data (Stajdohar, 2017). Two of our recent collaborative projects include scOrange, a tool for analyzing single-cell RNA-seq data (Stražar, 2019) and an image analysis platform that utilizes deep models in a visual programming environment (Godec, 2019).