Vernon Knight was born in 1917 in Osceola, Mo., and received an A.B. degree from William Jewell College in 1939 and an M.D. degree from Harvard Medical School in 1943.  He served in the U.S. Navy from 1944 to 1946 and headed a casualty handling team during the D-Day invasion at Normandy, a major turning point in World War II.

Eight colleagues from NIH joined Dr. Knight at Baylor. These included William T. Butler, M.D., who later served as president of Baylor from 1979 to 1996, as interim president from 2008 to 2010, and as chancellor emeritus; and Robert B. Couch, M.D., who would later succeed Dr. Knight as chair.  Dr. Knight and the group established several research programs at Baylor similar to those that were begun at NIH, including the widely recognized Influenza Research Center.

Dr. Knight’s research career in infectious diseases spanned the period from the introduction of antibiotics to the development of antiviral chemotherapy.  As an intern at Boston University Medical Center in 1943, he participated in the first clinical studies on penicillin to determine if it was suitable for use in the armed services.  Later, as a fellow at the New York Hospital–Cornell Medical School, he directed field studies that were among the first to show clinical effectiveness of tetracycline derivatives in typhus fever and brucellosis and the beneficial effect of chloramphenicol in typhoid fever.

He delineated the emergence of drug-resistant staphylococci in hospital patients during the serious outbreaks of these infections in the 1950s.  Under the sponsorship of the U.S. Public Health Service, he defined the pattern of spread of infectious hepatitis in school children in epidemics in Missouri.  He directed studies of leprosy that were the basis of the successful testing of a phenazine dye in treatment of the disease.  His work with malaria provided the basis for the first demonstration of fluorescent antibody in this important parasitic infection.

At Baylor, he directed studies of respiratory viral diseases, determining the infective doses and the significance of different mechanisms of transmission of influenza virus, adenovirus, respiratory syncytial virus, coxsackievirus, reovirus, rhinovirus, and other infectious agents. He was interested in aerosol infections and he and his team developed an aerosol technology to administer virus chemotherapy by inhalation.  Dr. Knight’s studies led to greater knowledge of the immune response in humans to viral infection and to the development of vaccines.

Dr. Knight served on the National Allergy and Infectious Diseases Advisory Council, the Medical Sciences Review Panel to NASA, as president of the Association of Medical School Microbiology and Immunology Chairs, and as a consultant in health care to the governments of Egypt and Iraq.  He was awarded the honorary degree of D.Sc. by William Jewell College in 1982.

Dr. Knight stepped down as chair of the Department of Microbiology & Immunology at the end of 1988 and was succeeded by Robert B. Couch, M.D.  Dr. Knight also served as director of the Baylor Center for Biotechnology (1989–1994) and as interim chair of the Department of Molecular Physiology and Biophysics (1994–1999).  He retired from Baylor in 2006 and died in 2016. 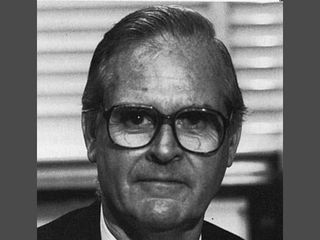