“In less than 15 years we’ve progressed pretty rapidly. We went from something we didn’t know existed to the drug phase. We know it will work, and I’m pretty committed to staying on this road until we do it." -Dr. Bert O’Malley

Dr. Bert O’Malley knows that if your car won’t start, you throw up the hood.  However, if you don’t know how the motor works, your chances of getting the car started are slim.  This is the kind of common-sense analogy that has driven O’Malley’s work for more than four decades.  In his world, the human body is the car and the cell is the motor.

“My passion is to know how the human cell works. If you know how something works normally, you can look at how it behaves when it’s abnormal,” said O’Malley, who is a physician, professor and chair of molecular and cellular biology at Baylor College of Medicine. He is also the associate director for basic research at the Dan L Duncan Cancer Center

The cell is the smallest structural and functional unit of life—the basic building block of every living thing. Some organisms—yeast and amoebas, for example—are made up of a single cell. The human body, however, contains more than 10 trillion cells. Everything occurs at the cellular level—from absorbing nutrients from food and converting them into energy to how our bodies heal and reproduce.

O’Malley, who has published more than 650 papers and holds 22 patents in the fields of gene regulation, molecular endocrinology and steroid receptor action, focuses his research on steroid hormones and their effect on normal and cancerous cells.

He and his team discovered SRC-1, the first steroid receptor co-activator, in his laboratory at Baylor in 1995. Co-activators are proteins that stimulate gene expression. SRC-1 has been found to significantly overexpress (produce in excess) in numerous cancers, in particular, breast cancer.  O’Malley, who is the Thomas C. Thompson Distinguished Service Professor of Molecular and Cellular Biology, said 60 percent of all breast cancer overexpress this co-activator.

“Cancers are very opportunistic,” he said.

There are now more than 100 identified co-activators, with SRC-1, SRC-2 and SRC-3 considered the primary members of the co-activator family. Just as a staffing recruiter determines the requirements for a position and finds the best candidate to fill it, SRC-1, SRC-2 and SRC-3 perform that same function. In this case, the candidate is the gene.  The cancer work of O’Malley’s lab and that of related investigators at Baylor is coordinated in the nuclear receptor program of the Duncan Cancer Center.

Overexpressed genes are a commonality across many cancers, including those of the colon and pancreas cancer, and O’Malley is enthusiastic about the possibilities.

“This is more than a specific knife for just one cancer, and that’s more exciting to me,” he said.

Co-activators also are significant in diseases of the heart and brain, as well as diabetes and other metabolic diseases.

“It’s become explosive. Quite frankly, it was unexpected,” said O’Malley, who is considered the father of the field of molecular endocrinology because of his work with hormones.

The team has refocused its research in a new direction: Developing drugs to target overexpression in a way that is not harmful to normal cells.

“In less than 15 years we’ve progressed pretty rapidly,” he said. “We went from something we didn’t know existed to the drug phase.” He believes it will take a decade to develop an effective drug therapy but, “we know it will work, and I’m pretty committed to staying on this road until we do it.”

Listening to the esteemed physician, pioneer and researcher who is a recipient of the 2007 National Medal of Science, it is difficult not to share his enthusiasm. • 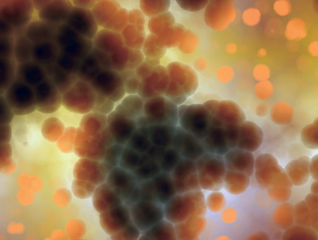 The identification of NRs which contribute to cancer pathogenesis and progression, disclosure of their molecular mechanism of action, and evaluation of their potential as novel targets for therapeutic intervention in cancer, the characterization of NR coregulator-dependent epigenetic mechanisms of cancer development.