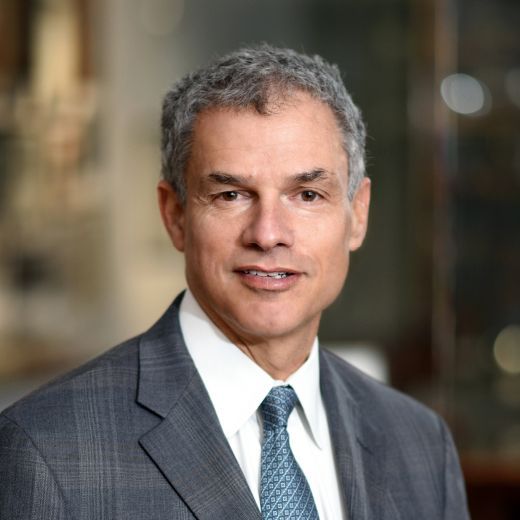 Professor and Chair, Department of Surgery

Professor and Chair, Department of Surgery
Baylor College of Medicine

Board Certified
American Board of Surgery

Board Certified
American Board of Thoracic Surgery

Dr. Todd K. Rosengart, Chair and DeBakey-Bard Chair of Surgery, is a National Institutes of Health (NIH)-supported scientist with uninterrupted extramural funding since 1998. An extensively published investigator, he is also editor of Seminars in Thoracic and Cardiovascular Surgery and immediate past chair of the NIH Bioengineering, Technology, and Surgical Sciences (BTSS) study section. He is also immediate past president of the Society of Surgical Chairs, representing the academic chairs of surgery in North America, and is a member of the board of directors of the American Association for Thoracic Surgery.

Basic and translational research have occupied a predominant position in Dr. Rosengart’s academic career beginning with his serving as a Clinical Fellow at the NIH, and continuing with appointments as an independent investigator with American Heart Association sponsored research support. Dr. Rosengart continues to run an NIH-funded laboratory with over 20 years of NIH support in the fields of angiogenesis and cellular reprogramming. This effort has been highlighted by his role in the bench-to-bedside development of angiogenic therapy as a potential treatment for atherosclerotic coronary artery and vascular occlusive disease, and his lab’s current, multi-year focus to study cardiac cellular reprogramming. He is PI of a cardiovascular surgery NIH T32 training grant and recipient of nearly $20 million in total research grants. He is chair of the American Heart Association Surgery Science Study Section, and a member of the Scientific Advisory Committee for the Leducq Foundation.

Dr. Rosengart’s research includes his translation of early in vivo examinations of angiogenic growth factors beginning in the mid-1980s In 1997, he and his team at Cornell performed the world’s first viral-based cardiac gene transfer procedure, part of a landmark NIH and FDA-approved first-in-man Phase I/II angiogenesis trial using vascular endothelial growth factor (VEGF) to treat “no option” patients with end stage coronary artery disease. His current NIH-funded research is exploring the use of cardiogenic reprogramming transcription factors to induce in situ “cardio-differentiation” of myocardial scar fibroblasts as a myocardial regeneration strategy for the treatment of myocardial infarction. These current investigations of cellular reprogramming offer the exciting possibility of “bio-interventions” for the treatment of hundreds of thousands with advanced heart disease still not treatable by conventional therapies.

Dr. Rosengart’s institutional roles include his serving as chair of the BCM Faculty Group Practice Board of Governors, and as a member of the Baylor St. Luke’s Medical Center Board of Directors. He recently served as board chair of the Affiliated Medical Services, which represented the consortium of BCM and University of Texas faculty staffing the HarrisHealth county medical system. He also served as national chair of the cardiac surgery service line for CHI (now Common Spirit), our 140-hospital national hospital network.

As a physician-entrepreneur, Dr. Rosengart was a co-founder of Vitals.com (MDx, LLC), a a leading health provider search and physician/patient interface website with over 13 million monthly visits, and is also co-founder of XyloCor Therapeutics, which holds FDA “Fast Track” designation for a current Phase I/II testing of a novel cardiac gene therapy prototype for treating patients with end stage coronary artery disease. He holds twelve patents, including those for a method of inducing angiogenesis.

American Association for Thoracic Surgery
Board of Directors, Education Director