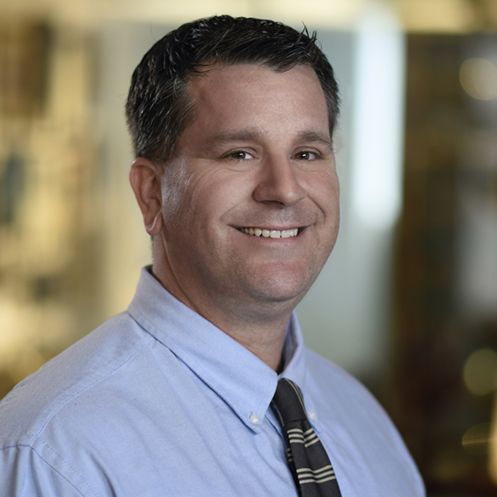 Scott Holmes graduated with a major in Medical Illustration in 1995 from a joint program between Cleveland Institute of Art and Case Western Reserve University in Cleveland, Ohio. In his final year, while working for Physical Anthropology at the Cleveland Museum of Natural History, he had the opportunity to complete the reconstruction of the Australopithecus afarensis AL-288 "Lucy", at the time the oldest known fossil hominid known. It is still on display at the museum. That same year he began work at Medical Plastics Lab (Now Laerdal) in Gatesville, Texas. There, he designed anatomical models, CPR simulators and created traditional illustrations for MPL's literature. In 1997, to gain a better sense of the end-user's perspective for the training mannequins he created, Scott earned a certification as an Emergency Medical Technician.
Scott came to us from UT McGovern Medical School in Houston where he worked for over 12 years in the Department of Surgery as well as a few years simultaneously in Pathology & Laboratory Medicine, Pediatric Surgery and the Center for Traumatic Injury Research (CeTIR).
In 2011 he joined the Michael E. DeBakey Department of Surgery where he supports 14 of the 15 sections and divisions in the department of surgery. In addition he provides media support to the chairman's office and the Office of Surgical Research. Working in a wide range of media, including surgical and scientific illustration, marketing, web content, social media, graphic design, animation, photography, communications and event support. He will continue to work to strengthen communication within the department and its footprint in the scientific and medical community. He can assist with creation and clarification of figures for grants and publications.