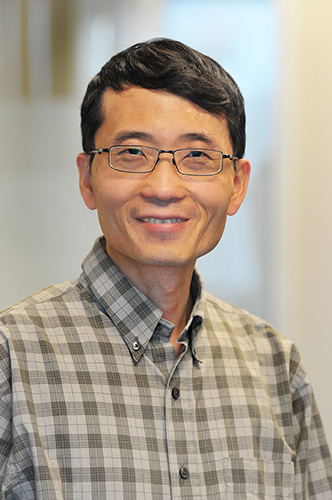 BS from University Of Science and Technology of China
06/1987 - Hefei, Anhui China

Another research direction we take is to study the development of adipose tissue and its changes during obesity. By investigating how mature adipocytes are derived from multi-potent precursor cells, we can gain insight into obesity prevention. In addition, by studying how factors produced by adipocytes and adipose tissue influence whole body metabolism, we may learn how obesity causes insulin resistance and subsequent type-2 diabetes. We have revealed that the expression of the PU.1 transcription factor is increased by obesity in visceral but not subcutaneous adipose tissues. We further found that in adipocytes, PU.1 up-regulates the generation of free radicals and pro-inflammatory cytokines to suppress insulin signaling. We are currently exploring the possibility to ameliorate obesity-associated metabolic dysfunction by targeting the PU.1 pathway.