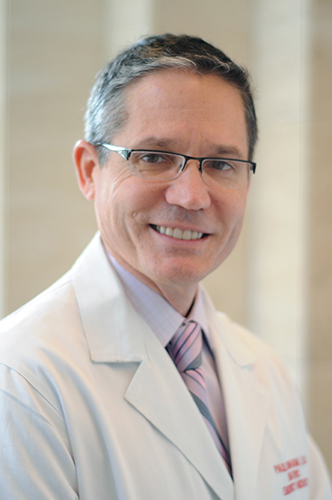 DO from University of North Texas Health Science Center
Fort Worth, TX

Paul E. Sirbaugh, DO, MBA, Associate Professor, Baylor College of Medicine (BCM) Department of Pediatrics, is Chief Medical Officer of Texas Children's Hospital The Woodlands. While he will continue to work clinically as a pediatric emergency medicine provider in the Texas Children's Hospital The Woodlands Emergency Center, he has transitioned out of the combined role as Head, Section of Emergency Medicine - BCM, and Division Chief, Texas Children's Hospital (TCH) Emergency Center which he held since 2012. Dr. Sirbaugh completed his pediatric residency and emergency medicine fellowship at BCM/TCH in 1993 and 1995, respectively, and graduated from the RICE University EMBA program in 2013. Regionally, his academic niche includes the practice and administration of patient-centric pre-hospital (EMS-911) and hospital-based pediatric emergency medicine (PEM).

In addition to his clinical and administrative duties at Texas Children's Hospital, he also serves as the Pediatric Medical Director for the City of Houston Fire Department, Emergency Medical Services (EMS), and is in part responsible for the pediatric-specific education, medical direction, and oversight of 5,000 EMS providers. Nationally, he is a past member of the Committee on Pediatric Emergency Medicine (COPEM) and the Section of Emergency Medicine (SOEM) Executive Committee for the American Academy of Pediatrics (AAP). While Dr. Sirbaugh plans to remain clinically and academically relevant in prehospital and pediatric emergency medicine, he is fully committed to leading patient-centric and value-based care as Chief Medical Officer for Texas Children's Hospital The Woodlands.