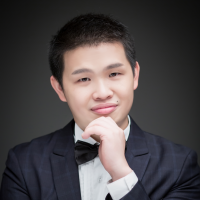 Mechanism of substrate recognition and transport in a SLC5 transporter

Human solute carrier transporters 5 (SLC5) is a large family of transporters that utilize the sodium gradient across the plasma membrane to drive concentrative uptake of nutrients, such as glucose, galactose, short chain fatty acids, and certain neurotransmitters and vitamins. Based on their substrate specificity and tissue locations, SLC5 is categorized into twelve subfamilies, SLC5A1-12. Extensive functional studies have been conducted on the SLC5 family of transporters, describing their substrate specificity, the stoichiometry of coupled Na+, and their pharmacology, however, only two crystal structures of bacterial homologs of human SLC5 have been reported. The lack of SLC5 transporter structures, especially those of eukaryotic origins that have higher similarity to human SLC5s is a major barrier in our ability to understand molecular mechanisms of substrate selectivity and Na+ dependent transport, and to interpret the wealth of existing functional data. To fill the gap, I will utilize x-ray crystallography to solve a eukaryotic SLC5 member structure, then reveal the mechanism of substrate binding and Na+/substrate coupling transport with biochemical and biophysical methods.