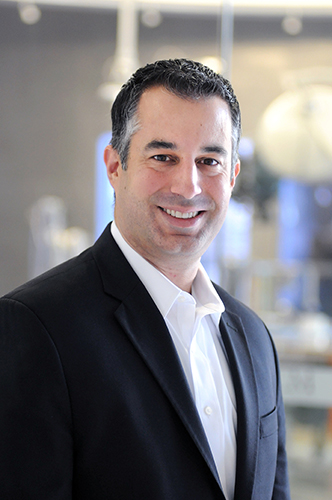 Within the body of a healthy adult, microbial cells are estimated to outnumber human cells by a factor of ten to one. The total number of genes in the human microbiome may exceed the total number of human genes by a factor of 100 to 1. These communities are largely unstudied, leaving unknown their influence upon human health. To take advantage of recent technological advances and to develop new ones, the NIH Roadmap initiated the Human Microbiome Project (HMP) with the mission of generating resources enabling characterization of the human microbiota and analysis of its role in human health and disease.

Traditional microbiology has focused on the study of individual isolated species. However, most organisms (>95%) have never been successfully cultured. Advances in DNA sequencing technologies have created the ability to examine microbial communities, including uncultivable organisms. The metagenomic approach allows analysis of genetic material derived from complete microbial communities harvested from natural environments.

Knowledge of how the microbiota impact and/or respond to disease is key for developing treatments that can reduce symptoms or eliminate infectious disease. Furthermore, microbiome-associated diagnostics may be more sensitive for detecting certain diseases and/or predicting susceptibility to others so that appropriate precautions can be made (for example, taking a probiotic or antibiotic when traveling when it’s known that an individual is highly susceptible to travelers’ diarrhea or Norwalk virus infection).

Over the past 3 years we, along with collaborators in the Department of Molecular Virology and Microbiology (MVM) and the Human Genome Sequencing Center have been pursuing diverse projects in metagenomics and microbiome research. To maintain our position as leaders in this field, and to best orient ourselves for existing and future funding opportunities, BCM has created the Alkek Center for Metagenomics and Microbiome Research (CMMR), which is directed by Dr. Petrosino. The mission of this center is to: Support existing metagenomic research programs that are ongoing at BCM

Provide a critical mass in bioinformatic expertise for analyzing and providing statistical support for metagenomic data.

Translate novel discoveries from microbiome studies to effective clinical therapeutics and diagnostics. Collaborations with independent researchers at BCM and other area institutions have led to a number of ongoing lucrative projects, some of which have been highlighted elsewhere in the BCM and national spotlight that we anticipate will produce results that may translate directly into therapeutics and diagnostics that impact human health. Among these are projects with Drs. Danny Jones and Stephen Pflugfelder, Department of Ophthalmology, studying the ocular surface microbiome associated with health and disease, Dr. James Versalovic, Department of Pathology, TCH Microbiome Center, focusing on microbiome associations to pediatric bowel pain, Dr. Kjersti Aagaard, Department of Obstetrics and Gynecology, on microbiome associations to pre-term birth, Drs. Herbert DuPont, Department of Medicine, and Sarah Highlander, Department of Molecular Virology and Microbiology, examining microbiota associations with Travelers’ Diarrhea susceptibility, Dr. Sheldon Kaplan, Department of Pediatrics, on viral associations to Kawasaki Disease, and Dr. Ming Hu, University of Houston, College of Pharmacy, on the microbial impact on ginseng therapeutic treatment of lung cancer and microbial contributions to chemotherapeutic drug detoxification. Each of these projects has posed unique study design and technology challenges that CMMR staff and collaborators are addressing to generate provocative results which will hopefully benefit human health in the near future. Comparative Genomics of Francisella tularensis

The facultative intracellular pathogen, Francisella tularensis, is the causative agent of tularemia, and is among the most infectious pathogens known, both in terms of the number of zoonotic species it infects (>250), and the number of organisms needed to establish a potentially lethal infection (<10 by the airborne route). F. tularensis is a Category A biodefense agent because of its ability to cause incapacitating, potentially fatal, illness, its ability to spread via aerosolization, and for the potential burden it would have on the public health system in the event of an outbreak. There are four subspecies of Francisella tularensis: subspecies tularensis (Type A), subspecies holarctica (Type B), subspecies novicida, and subspecies mediasiatica. Type A, found exclusively in North America and Mexico, causes the most severe form of human disease, while Type B is less pathogenic in humans and is found throughout the northern hemisphere. Several decades ago, in the former Soviet Union, an attenuated live vaccine strain (LVS) was derived from repeated passage of a Type B strain. LVS offers protection against both Type A and Type B infection, but is not licensed for use in the U.S. because it’s immunogenicity in humans is poorly characterized, the mechanism of attenuation for this strain is unknown, and the strain kills mice with a LD50 of one bacterium when injected intraperitoneally.

Using state-of-the-art technologies and resources in the Baylor College of Medicine Human Genome Sequencing Center, we are determining the genomic sequences of multiple F. tularensis strains. Comparisons of Type A, Type B, LVS, and other Francisella sequences are highlighting genetic differences that will answer the following questions:

Why are Type A Francisella strains more virulent than Type B strains?
How are Francisella subspecies evolutionarily related?
What makes Francisella so pathogenic in the absence of an obvious toxin?
What genes mediate robust replication of Francisella in macrophages?
What mutations attenuate LVS?
What mutations are capable of rationally attenuating pathogenic strains?
Isogenic Francisella mutant strains will be constructed subsequently to test the roles of candidate alleles in strain attenuation and host specificity. These studies will reveal the pathogenicity mechanisms of one of the most virulent bacteria known and will further the development of improved attenuated vaccines and immunodiagnostics targeted against Francisella. Functional genomics approaches are being used to identify proteins important for F. tularensis recognition by the host immune response. With our collaborators, we are using the recombination-based, Gateway system (Invitrogen, Carlsbad, CA) to clone and express approximately 2,000 open reading frames (ORFs) belonging to the Type A and Type B Francisella subspecies. This strategy permits the rapid conversion of the original plasmid clone set to other functional vectors containing various promoters or tag sequences. Through further collaboration with the BCM Vaccine Treatment and Evaluation Unit (VTEU) we are using this clone set, along with the shotgun library constructed to sequence the Francisella genome, to systematically identify F. tularensis proteins recognized by the human humoral and cell-mediated immune responses. Results from this work will further characterize the human response to LVS vaccination and will lead to the development of novel F. tularensis vaccines and immunodiagnostics.