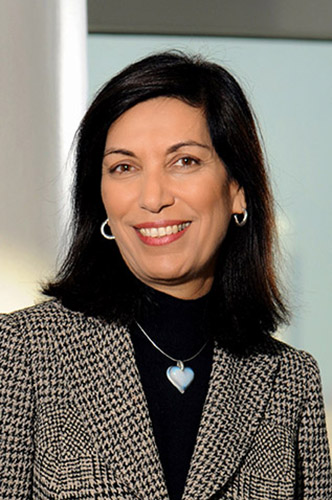 Member of American Association of Arts and Sciences
01/2018

My laboratory’s research is rooted in my early clinical encounters with patients suffering rare and enigmatic disorders. One memorable patient suffered Rett Syndrome; another was part of a family that suffered a neurodegenerative disease that struck each successive generation at younger ages. Our investigations into the pathogenesis of these two diseases have influenced our understanding of basic neurobiology and more common disorders. Conversely, our foray into fundamental neurodevelopmental processes governed by Atonal homolog 1 has had unexpected ramifications for our understanding of (and potential therapies for) several diseases, from deafness and medulloblastoma to sudden infant death syndrome. Polyglutamine Pathogenesis and Neurodegeneration. We co-discovered the gene for spinocerebellar ataxia type 1 (SCA1) in 1993 with Dr. Harry Orr at the University of Minnesota and have been collaborating to understand the disease mechanism. Our genetic studies in mice and, in collaboration with Juan Botas, in fruit flies led us to propose that the polyglutamine tract stabilizes Ataxin-1 increasing its levels and interactions and causing toxicity due to its enhanced function. Consistent with this we discovered that a 30-50% increase in wild-type Ataxin-1 causes cerebellar degeneration and ataxia in mice. We also discovered that the enhanced function of mutant Ataxin-1 with its native partner Capicua drives the cerebellar ataxia. Further, we discovered that reducing Ataxin-1 in the cerebellum is a viable therapeutic strategy, but that for other vulnerable brain regions the pathogenic mechanism is distinct. Interestingly, we learned that loss of Ataxin-1 and subsequently the repressor activity of the Ataxin-1-CIC complex leads to upregulation of Bace1 and increased risk of Alzheimer pathology in the forebrain. Our current studies are focused on understanding the mechanisms driving the regional vulnerability in SCA1. Inspired by our work on SCA1 and the importance of Ataxin-1 levels for brain health, we have pursued cross-species studies to identify modulators of APP, tau and alpha-synuclein, proteins that drive degeneration in Alzheimer's and Parkinson's disease. Atoh1 (aka Math1) and Neurodevelopment. We identified the mouse homolog of the Drosophila gene atonal, which controls the development of the fly’s chordotonal organs. We showed Atoh1 null mice lack cerebellar granule neurons, pontine neurons, hair cells in the vestibular and auditory systems, D1 interneurons of the spinocerebellar tracts, Merkel cells, and intestinal secretory cells. Atoh1 controls the genesis and/or differentiation of multiple components of the conscious and unconscious proprioceptive pathway and the neurons critical for interoception, chemosensitivity and neonatal breathing. We are interested in understanding how this one gene guides the differentiation of diverse neurons from one progenitor population. To this end, we are pursuing single cell sequencing and detailed molecular studies during development. Rett Syndrome. We discovered that Rett syndrome is caused by mutations in the X-linked methyl-CpG–binding protein 2 (MECP2). Our mouse model studies led to the definition of clinical phenotypes not previously appreciated in MeCP2 disorders and revealed that neurons are quite sensitive to having just slightly too much or too little MeCP2. In collaboration with Jianrong Tang (BCM), we found that forniceal deep brain stimulation restored hippocampal learning and plasticity. Using a MECP2 duplication mouse model, we found that normalizing MeCP2 levels using antisense oligonucleotides reverse the symptoms including late-onset seizures in adult mature animals. More recently, we discovered that presymptomatic training of Rett mice improved their performance, delayed disease onset by months and improved neuronal morphology and physiology. Our work is now focused on three main areas: the identification of a biomarker that serves as a proxy for MeCP2 levels, understanding of MeCP2 regulation and the network dysfunction in Rett syndrome, with the ultimate goal of targeting regulators of MeCP2 levels as well as network modulation as potential therapies.