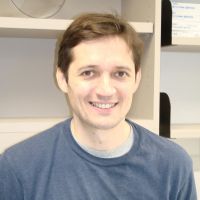 Aggression is a complex social behavior that is influenced by numerous genetic and environmental factors. Neither the genes underlying this behavior nor its neurobiological mechanism(s) are very well worked out. Much of the aggressive behavior observed in nature is directed towards animals of the same species, so called intraspecific aggression, and revolves around competition for limited resources in the environment, food and mating partners. Most if not all animals show some form of aggression which suggests that the fundamental aspects of aggressive behavior may well be conserved throughout the animal kingdom. Even though aggression is a normal behavior necessary for animals to successfully compete and contributes to the survival of the animal and the species, aggression can also take on pathological forms. Numerous human diseases are characterized by an aggression component.

In the past, we have pursued two angles to start to understand the neurobiological basis of aggression in Drosophila melanogaster. In a first set of experiments, we performed selection on a wild type strain using a very specific selective pressure in a population based environment. We picked animals for further breeding that performed a rare but highly aggressive behavioral element known as escalated fighting in which males reciprocally lunge at each other and box and tussle in order to gain control over a territory. After the selected lines showed reliably different levels of aggression from control strains, we performed micro array expression experiments to look for changes in gene expression in the heads of the high and low aggression strains. This resulted in a list of candidate genes, some of which as individual mutations partially recapitulated the phenotype. In a set of follow-up experiments, we analyzed the effect of two neuromodulators, known to affect aggression in mammals. Both these modulators, serotonin (5-HT) and neuropeptide F (npf) strongly affect aggression in the fly, albeit not exactly in the same way.

Our research goal is to continue to dissect the genetics and neurobiological mechanisms of aggressive behavior in Drosophila melanogaster, using the many sophisticated genetic, cell biological and neurobiological tools that are available in this species. We have added a few tools to this tool box: we developed a Drosophila version of the TRAP system and we enhanced the MiMIC system with a T2A-GAL4 version and other binary expression components to expand the allelic variation that these transposon insertions can produce. Most recently, we discovered that aggression in flies comes at a risk as is the case in many other species. We found that fighting flies are much more likely to develop wing damage, likely as a result of repeated wing holding during high aggression encounters. Their wing damage negatively affects the males’ ability to fly and mate. We used this easy to score wing damage phenotype to perform the first EMS mutagenesis screen for aggression and isolated a set of mutants with increased aggressive behavior. We are currently characterizing these mutants to better understand the mechanisms of aggression regulation. Eventually, we want to investigate whether the mechanisms and genes identified in the vinegar fly are conserved in vertebrate species including mammals.