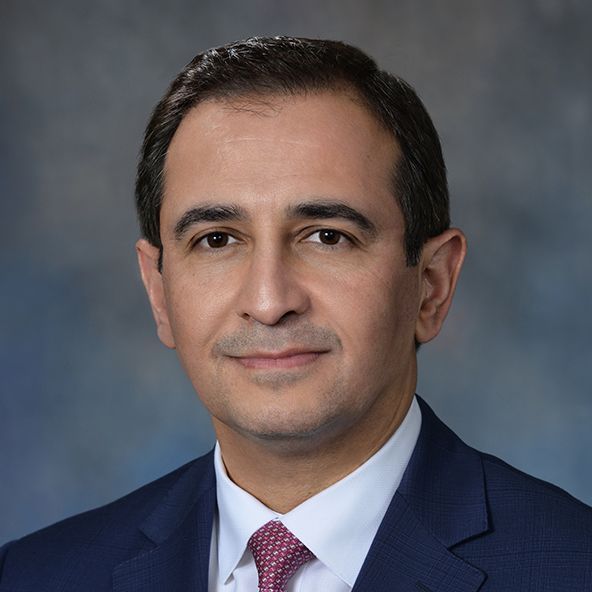 Gastroenterology
American Board of Internal Medicine

That's the way!
An award given by BCM in recognition of exceptional patient service due to feedback from patients.
BCM (06/2016)

“World Most Influential Scientific Minds, 2014” in the area of Clinical Medicine by Thompson Reuter
2014

Message from the Chair

The Margaret M. and Albert B. Alkek Department of Medicine is the largest adult practice department at Baylor College of Medicine, with more than 560 full-time and 380 volunteer faculty members, 228 medical residents, 157 subspecialty trainees, 41 post-doctoral research fellows, 11 graduate students, and a staff of nearly 351, working in 14 departmental sections, 3 clinic centers and 7 research centers.

Our departmental research initiatives span the continuum of biomedical research from basic to clinical and attract $48M in total extramural funding, including nearly $35M from the NIH and other federal sources.

Our mission is to lead the discovery of new knowledge to advance the medicine of tomorrow, educate the leaders of Internal Medicine, and provide compassionate care of the highest quality to our patients, while promoting healthy lifestyles and disease prevention.