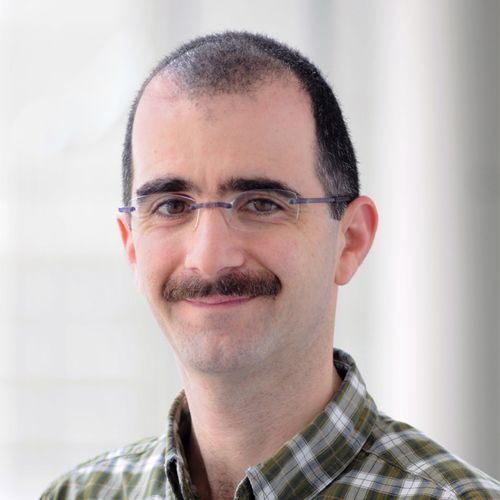 Glycosylation is the most common post-translational modification of extracellular and secreted proteins and plays major roles in various aspects of cellular and organismal biology. We use Drosophila and mouse genetics, cell culture experiments and biochemical assays (in collaboration) to understand the role of glycosylation in animal development and pathophysiology of human disease. A major focus of our work is on glycosyltransferases that add O-glucose glycans to epidermal growth factor-like (EGF) repeats and their role in the regulation of the Notch signaling pathway. Another project focuses on a cytoplasmic enzyme called N-glycanase 1, mutations that have been identified in a multi-system developmental disorder called NGLY1 deficiency. We hope that our findings will shed light on the pathophysiology of the human diseases caused or modified by alterations in the function of these enzymes and will provide a framework to identify mechanism-based therapies for them.

Role of O-linked glycosylation in the regulation of Notch signaling. An evolutionarily conserved enzyme called POGLUT1 (Rumi) adds O-linked glucose to EGF repeats harboring a CXSX(P/A)C consensus motif. Several xylosyltransferases extend the O-glucose by adding one or two xylose residues to it. Notably, we have found that in some contexts, the Notch pathway is sensitive to the gene dosage of the enzymes responsible for the addition of the xylose-xylose-glucose-O glycans to EGF repeats. Moreover, our recent reports on the identification of hypomorphic POGLUT1 alleles in patients with a new form of limb-girdle muscular dystrophy (LGMD-2Z) indicate that myogenesis is highly sensitive to Notch glycosylation by POGLUT1. Our current studies are aimed at elucidating the molecular bases for tissue-specific regulation of Notch signaling by xylose-xylose-glucose-O glycans. Another major goal is to understand how the corresponding glycosyltransferases regulate Notch signaling in a dosage-dependent manner. These studies might help us establish a framework for therapeutic modulation of the Notch pathway in diseases caused or exacerbated by aberrant Notch signaling.

A mouse model for Alagille Syndrome. Alagille syndrome (ALGS) is an autosomal dominant disorder characterized by a congenital cholangiopathy of variable severity accompanied by cardiac, skeletal, renal and other abnormalities. In 94% of cases, ALGS is caused by mutations in JAG1, which encodes one of the ligands for the Notch pathway. We have previously reported a mouse model for the ALGS and have identified Poglut1 as a dominant genetic suppressor of the ALGS biliary phenotypes. We have also identified the transcription factor Sox9 and another glycosyltransferase as novel dosage-sensitive modifiers of the Jag1[+/–] phenotypes in mice. Ongoing experiments are aimed at using this model and its genetic modifiers to better understand the pathophysiology of ALGS and to develop a therapy for this disease. This project has the potential to provide novel insight into the formation of the biliary tree, both during normal development and upon liver injury.

Using fly and mouse models to understand the pathophysiology of NGLY1 deficiency. Human patients with mutations in N-glycanase 1 exhibit a host of developmental abnormalities including a delay in physical and intellectual development, movement disorders, osteopenia and lack of tears. NGLY1 is a “deglycosylation” enzyme and is thought to remove N-linked glycans from misfolded proteins during ER-associated degradation (ERAD). Using flies, mice and mammalian cells, we have identified two major signaling pathways affected by the loss of NGLY1: BMP signaling and AMPK signaling. The goal of this project is to elucidate the mechanisms underlying the NGLY1 deficiency phenotypes and to identify potential therapeutic targets for this disease. This project is helping us redefine the roles of deglycosylation in ERAD.