Baylor College of Medicine and its clinics will be open Monday, Nov. 28. We are closely monitoring the City of Houston's boil water advisory and will provide updates as needed. 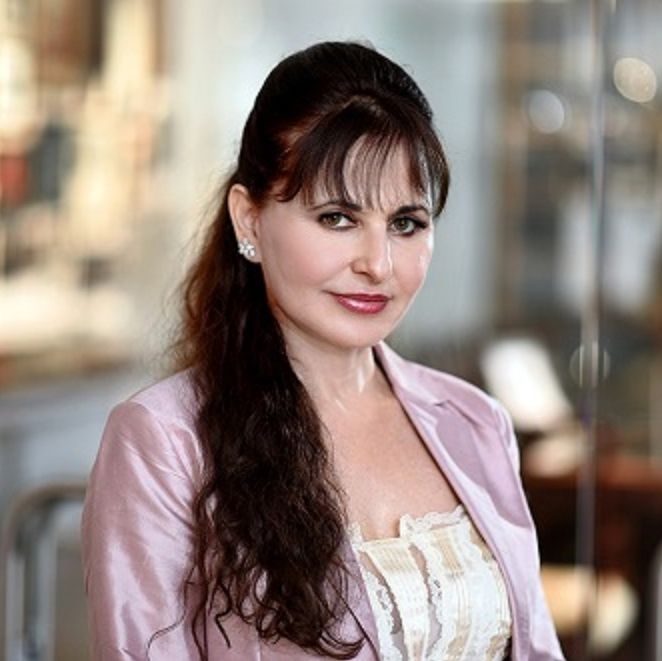 Board Certified
American Board of Internal Medicine

Gold Remi Award in the Social Economic Issues Category for the film-documentary "The Dark Side of the Moon".
WorldFest International Film Festival. Houston, Texas

Top Doctor Award
Inclusion in the Top Doctor list is a recognition given to physicians who have upheld the highest standards in patient care and best fulfill the very personal needs of each patient. The Top Doctor award highlights the outstanding accomplishments and significant achievements of individual Internists while recognizing the positive difference they have made in the lives of their patients, colleagues, and the community they serve.

The Henry D. McIntosh Award
In recognition of highest degree of academic excellence and clinical service.
Baylor College of Medicine

TX-ACP Services Snyder/Chumley Advocate of The Year Award 2022 in Recognition of Leadership in Political, Legislative, and Grass Root Advocacy.
TXACP Services, the advocacy arm of the Texas Chapter of the ACP (American College of Physicians), presents this award to a member who has demonstrated outstanding leadership in the areas of legislative advocacy and grassroots activism; who has consistently communicated concerns on behalf of TXACP Services to elected officials on issues and unfailingly responded to legislative alerts, as well as served as a community spokesperson on behalf of internal medicine and patients.
American College of Physicians

Dr. Faustinella is Professor in the Department of Family and Community Medicine.
Over the past several years, Dr. Faustinella has worked in the Texas Medical Center as a faculty member at Baylor College of Medicine and the University of Texas Health Science Center, now John P. McGovern Medical School, in Houston, TX. In both institutions, her career goal has been improving the health of our patient population through service, education, research, and scholarship.
Dr. Faustinella's Baylor career started in Dr. Lawrence Chan's lab, in the Department of Cell Biology, where her research was critical to the elucidation of the structural and functional role of the catalytic triad of the Human Lipoprotein Lipase (hLPL), an essential enzyme in lipoprotein metabolism. She also studied patients affected by familial LPL deficiency (Type I Hyperlipoproteinemia.) Her investigation led to the identification of several nonsense and missense mutations in the DNA sequence, resulting in a nonfunctional LPL and the clinical manifestation of the disease.
Later, her interest in the molecular basis of genetic diseases and in gene therapy brought her to Dr. Tom Caskey's lab in the Department of Molecular Genetics, Baylor College of Medicine, Houston, TX, where she contributed to the isolation of a Miller-Dicker lissencephaly gene and developed a new family of retroviral vectors with multiple cloning sites for gene insertion and transfer.
After completing a residency program in internal medicine at Baylor, where she received The Henry D. McIntosh Award for Highest Degree of Academic Excellence and Service, Dr. Faustinella readdressed her career choices to reflect her commitment to patient care and education.
As a member of the Curriculum Committee, while at UT, Dr. Faustinella has worked extensively on curriculum development focusing on the integration of basic and clinical sciences, courses and clerkships organization, and the teaching of clinical skills. Her didactic and administrative responsibilities have been extensive as director of the Physical Diagnosis Course, co-director of the IV year Required Internal Medicine Clerkship, and associate director of Fundamentals of Clinical Medicine at UT-Houston. Dr. Faustinella’s work and contributions to medical education have been recognized by multiple Dean’s Teaching Excellence Awards and several educational awards.
While working in the Texas Medical Center, Dr. Faustinella has made an effort to seek, develop and foster inter-institutional collaborations in education and research between our two major institutions, Baylor College of Medicine and the University of Texas. Examples are the work done as Chair of the Comprehensive Clinical Competency Exam committee, which allowed both schools to gather data on students' clinical skills and implement curricular and training changes to address students' needs; the participation in the combined BCM/UT Master Teacher Fellowship Program, and a collaborative study on neural injuries and liposome-mediated gene transfer of nerve growth factors in primary septo-hippocampal cell cultures.
A constant element of Dr. Faustinella’s work and career has been and continues to be extensive and direct patient care. She has received the Best Doctors in America Award several times and has been recognized in the Houston Best Doctors List. Dr. Faustinella’s interests include obstacles to health care access, health care disparities, patient advocacy, patient safety, and medical humanities. She has been inspired to write about her personal and professional experiences in a number of patient-centered essays which have been published in academic and literary journals.
Dr. Faustinella is also a film writer, producer and director with an interest in social problems. She has received national and international recognition for her movie productions, including a Gold Remi Award in the Social Economic Issues Category for the film-documentary "The Dark Side of the Moon." The documentary explores the root causes of homelessness and the challenges of street life, as long as societal biases and prejudices towards homeless people, while discussing possible solutions to this widespread and devastating problem. The documentary also discusses how a difficult upbringing, amidst abuse and neglect, can have a devastating impact on the cognitive and physical development of a child.
Dr. Faustinella is currently working on a new project which focuses on the inherent value of human life as a key element to fight bias and prejudice.
Dr. Faustinella is a member of the Alpha Omega Alpha Medical Honor Society, a Laureate of the American College of Physicians, a recipient of the Fulbright Faculty Excellence Award and Women of Excellence Award, and a member of the Academy of Distinguished Educators both at UT and Baylor College of Medicine.