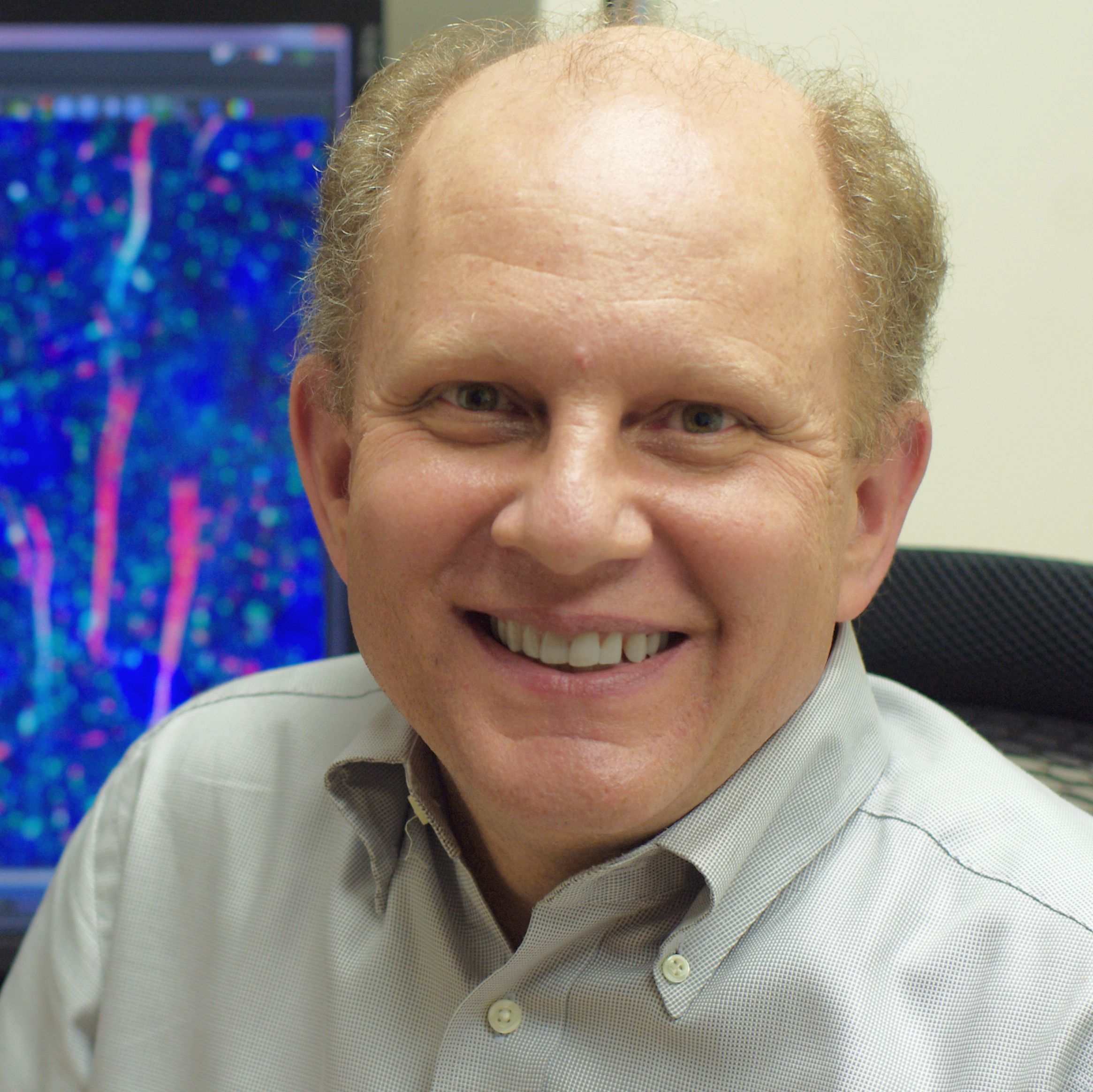 The major focus of our work is forms of human epilepsy arising from mutations in voltage-gated sodium and potassium channels. We discovered that KCNQ potassium channels were concentrated in the axon, and identified the first molecular mechanisms for KCNQ channel targeting at the axonal initial segment and nodes of Ranvier. We have contributed to the first physiological demonstrations of KCNQ2 channel function in identified PNS and CNS axons. We have used molecular phylogenetics and comparative anatomy to identify previously unknown functional domains of KCNQ channels and interacting proteins. Using such approaches, we showed that the targeting of certain KCNQ channels to axons is an outcome of convergent evolution in early vertebrates. In an unusual example of molecular convergence, a newly duplicated KCNQ gene acquired the property of selective axonal targeting by mimicking a motif present on the sodium channel. This sharing establishes an essential balance conserved in all vertebrates between restraint (mediated by KCNQ channels) and excitability (mediated by sodium channels). This balance ensures proper action potential initiation and saltatory conduction. Loss of this balance leads to epilepsy.

KCNQ2/3 encephalopathy: mechanisms, models, and new therapies
Human KCNQ2 and KCNQ3 mutations cause a spectrum of disease phenotypes, including a transient form of neonatal epilepsy, peripheral nerve hyperexcitability manifesting as muscle twitches, and severe epilepsy with profound intellectual disability (epileptic encephalopathy). We have established a KCNQ2/3 case registry and locus specific database, and are leading a multidisciplinary international variant curation effort. In the lab, we are analyzing the basis for KCNQ2/3 genotype-phenotype relationships through multidisciplinary studies combining protein immunolocalization, electrophysiology in cultured cells, neurons and in vivo, and computational modeling. We are testing strategies for reversing the effects of KCNQ2 mutations as treatments in cases with persistent epilepsy and developmental delay.

ANK3-related mechanisms in epilepsy and psychiatric disease
We first showed that KCNQ channel clustering on axons depends on interaction with ankyrin-G, a large adaptor protein, encoded by a very complex gene, ANK3. Recently, variation at ANK3 has been implicated in epilepsy, autism, schizophrenia, and bipolar disorder. We have begun new work analyzing the molecular diversity of ankyrin-G isoforms, based on the hypothesis that altered expression of particular isoforms contributes to ANK3’s association with disease.