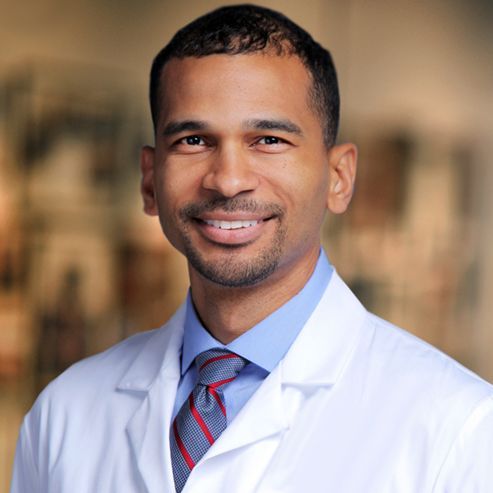 BS from The University of Texas at Austin
Austin
Chemical Engineering

General Surgery
American Board of Surgery

Chad T. Wilson, M.D., M.P.H. is a board-certified Trauma Surgeon in Houston, Texas.
Dr. Wilson was born in Houston and grew up here prior to matriculating at The University of Texas at Austin where he graduated with a Bachelor of Science degree in Chemical Engineering in 1997. Dr. Wilson then left Texas for nearly 20 years to pursue his professional interests in medicine.
He went to medical school at Johns Hopkins University School of Medicine in Baltimore, MD and graduated in 2001. He then began his clinical training in surgery at the Massachusetts General Hospital in Boston. During surgical residency, he took a two year hiatus from clinical work to concentrate on research and completed the VA Outcomes Fellowship at the White River Junction VA in Vermont while simultaneously earning a MPH in 2006 from the Dartmouth Medical School’s Center for the Evaluative Clinical Sciences in Hanover, New Hampshire. He then completed his training in surgery at Massachusetts General Hospital in 2008, before relocating to rural East Africa for 1 year to work as a surgeon based out of Kijabe Hospital in Kenya as part of the Thomas S. Durant Fellowship in Refugee Medicine which was awarded to him in 2008. After a year abroad, he returned to Massachusetts General Hospital where he completed a 2 year fellowship in Acute Care Surgery (critical care, trauma, and emergency surgery) in 2011. Dr. Wilson was then recruited to New York to join the staff of the department of surgery at the New York University School of Medicine, where he spent 5 years as an assistant professor with a clinical focus on trauma at Bellevue Hospital, the oldest county hospital in the country.
Finally, Dr. Wilson returned home to Houston, Texas in 2016 to join the faculty at Baylor College of Medicine as an associate professor in the Michael E. DeBakey Department of Surgery at Baylor College of Medicine and to serve in a leadership capacity in trauma care at Ben Taub Hospital.