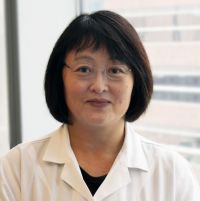 My research interest is on cell functions under physiological and pathological conditions. Currently, we are investigating several cell functions such as cell proliferation, differentiation, and metabolism by focusing on protein phosphatase. Specifically, we are trying to identify protein phosphatases that regulate critical signal transduction pathways such as BMP, TGF-β, insulin pathways, and gluconeogenesis. By doing this, we hope to understand better the signaling pathways that regulate normal cellular functions, and the deregulation of them leads to human diseases such as cancer, which is our main focus, bone disease, and diabetes. Eventually, we hope to provide the rationale for protein phosphatases as potential therapeutic targets. Another major focus of my research is on the functions and regulation of TGF-β signal transduction pathway. We also investigate the crosstalk of TGF-β signal with other signaling pathways such as oncogenic pathway and hormone receptor pathway, and the role of protein posttranslational modifications (e.g. phosphorylation, ubiquitination and sumoylation) in TGF-β functions. By using cell-based assays and animal models, we seek to determine the role of TGF-β in normal cellular functions, cancer initiation, and cancer progression. Ultimately, our studies will advance our knowledge on understanding the molecular mechanisms of cancer initiation and progression, and on the identification of potential targets for cancer therapy.