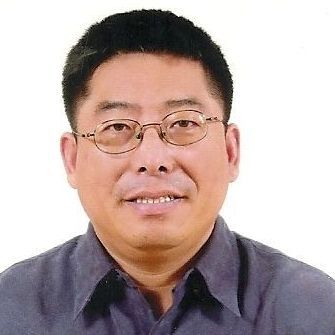 The microbiota is the total collection of microbes that live inside and on our body, and the genes they encode is known as the microbiome. Studies have described the roles of the microbiota in the host health and a variety of disease states, such as metabolic diseases (e.g. diabetes), inflammatory bowel diseases (IBD), premature birth, cancer, infections, mental disorders (e.g. depression), autism, immune disorders, autoimmune diseases, seizure, behavior disorders, amyotrophic lateral sclerosis (ALS), and polycystic ovary syndrome. Microbiome and meta-omics analysis of athletes identify a performance-enhancing microbe, gut bacteria could be key to producing tastier cow.

The second phase of the Human Microbiome Project has provided insights into inflammatory bowel disease, type 2 diabetes, and premature birth. The knowledge, resources, and technology obtained from phases 1 and 2 of the Human Microbiome Project will be applied to the disease diagnosis and treatment in future. Analyses of the interactions between the host and its microbiota have provided mechanistic insights into these interactions. These data will lead to new opportunities for diagnosis and treatment of a variety of human and animal diseases. Studies on the mechanism of interactions between the microbiota and intestinal tissue represents a formidable challenge. Our research is driven by the interest in the mechanism of how the microbiota impact and respond to diseases, and uncover the genes and mechanisms behind the diseases.

We use the spirochete Borrelia burgdorferi (Bb), the causative agent of Lyme disease (LD), as a model bacterium to study the fundamental aspects of bacteria pathogenesis and its relationship with microbial physiology, structure, and genetics. The highly invasive spirochete is an obligate parasite in both ticks and mammals and produces no known toxins, but is able to colonize, disseminate, and invade almost any tissue from humans and animals, establish persistent infection for months to years in the presence of an active immune response, induce inflammatory responses and tissue damage, and thus serve as a models for the study of persistent infection of invasive bacteria. Little is known about the mechanisms of pathogenesis of LD. We ask the question what genes in the Bb genome are responsible for the pathogenesis and long-term survival, and how can these genes be identified? Our strategy is to analyze the Bb virulence determinants by Signature-Tagged Mutagenesis in combination with high-throughput Luminex® FlexMapTM technology, transposon insertion sequencing (Tn-seq), and infectivity studies to identify genes and gene products required for infectivity in mouse and tick models. Thus far, we have constructed a high density, sequence defined transposon library. The insertion sites and plasmid profiles of 4,480 transposon mutants have been determined. More than 800 genes in chromosome and plasmids have been inactivated, the infectivity of these mutants has been determined.

We are currently applying ‘functional genomics and pathogenomics’ to elucidate the function, metabolism, structure, and pathogenic mechanisms of Bb based on their functional categories. Transposon mutations in genes associated with DNA recombination and repair, chemotaxis, motility, the PEP-PTS, other transport systems, plasmid maintenance, gene regulation, sRNA genes, carbohydrate, amino acid, nucleic acid and other important metabolic pathways, predicted lipoproteins, conserved hypothetical proteins, hypothetical proteins, protease, and complement regulator-acquiring surface proteins (CRASPs) of Bb were selected for STM screening. A representative number of mutants in intergenic regions were also tested for infectivity to evaluate potential polar effects, small RNA genes, and regulatory regions. The result of this study will be a comprehensive view of the Bb genes required for mammal-tick infectious cycle, and will fuel the detailed analysis of the functional roles of these genes in future years.