Dr. Peter Hotez, dean of the National School of Tropical Medicine at Baylor College of Medicine and the Texas Children’s Hospital Endowed Chair of Tropical Pediatrics, has identified two important steps to take to prevent the Zika virus from spreading through the Americas.

“We now need a global strategy to reduce the incidence of Zika in the Western Hemisphere,” he said.

Hotez notes the previous successes in eradicating the Aedes Aegypti mosquito in 18 Latin American countries between 1947 and 1962 as a means to eliminate dengue and yellow fever. This is the same mosquito that now can transmit the Zika virus.

“We need to look at historical successes to embark on similar programs in Zika affected countries,” said Hotez.

In addition, Hotez notes that this needs to coincide with pilot studies evaluating new technologies to prevent transmission of the virus, such as novel insecticides, bed nets, genetically modified mosquitoes and mass drug administration with the antiparasitic ivermectin, among others.

Zika virus can cause fever, rash, headache and joint pain, but many recently affected by the virus have been asymptomatic. One of the major concerns is the link between the virus and an increased risk of microcephaly in infants, a condition in which the brain does not develop fully before birth.

According to Hotez, the three main factors fueling the outbreak of Zika are human migrations, climate change and extreme poverty. 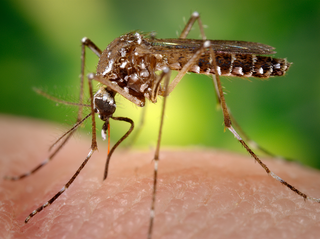 Zika virus: What does it mean for Texas and the Gulf Coast? Read more>>