In the dusk of impending night until just before the sun rises, they crawl onto the exposed skin of sleepers, injecting an anesthetic and a blood thinner before they suck the blood, rounding out their abdomens. As their unsuspecting victims slumber, they enjoy the only meal they really want – human blood. Bed bugs are the vampires of the insect world. While other insects, such as female mosquitoes, enjoy a sanguine meal, most eat other things as well. Bed bugs, however, prefer human blood, although they will eat from other mammals.

In a report that appears in the journal Nature Communications, an international consortium of scientists describe the sequence of the 650 megabase genome of the Cimex lectularius, the common bed bug. Within the code of the 14,200 genes that provide the blueprint for the workhorse proteins of the cell, they found genes linked to reproduction, the genes that attract the insects to human blood and several mechanisms that could lead to pesticide resistance.

After World War II, the pesticide DDT effectively eliminated bed bugs in most of the industrialized world. However, the past two decades has seen a resurgence of the blood sucking insects around the globe. This change has not been linked to dirtier homes but rather to international travel and growing resistance to pesticides in use since DDT was banned.

“There are consequences of the bed bugs’ vampire tendencies,” said Dr. Stephen Richards, associate professor in the Baylor College of Medicine Human Genome Sequencing Center. “Their blood meals make them swell up, and they have cuticle genes that give them the flexibility to do that. Blood is a liquid diet, and they have water channels that allow them to deal with the sheer amount of fluid. They have the olfactory and vision repertoire similar to other dawn-to-dusk insects.”

Even though bed bugs are not known to transmit disease, their bites can cause itchy welts. They can also live as long as a year without eating, said Richards.

“In practice, they are not a problem unless you have an infestation in your house,” he said.

“It’s no surprise we like to kill them,” said Richards. “However, that is becoming more difficult. We now have a list of all the genes that can be involved in resistance to pesticides.”

There are two types: those that attack nervous system ion channels and those such as cytochrome p450s that degrade prescription drugs in humans. When these are overexpressed or present at high levels, they can degrade pesticides.

“We provide the first full panel of all the potential genes that are likely involved with pesticide resistance,” said Dr. Joshua Benoit, an assistant professor of biological sciences at the University of Cincinnati and a lead author of the report. The report also provides full annotation of genes that make up the tough outer skeleton or cuticle of the bed bug, a source of pesticide resistance.

“If a female mates with two males, how does the second male make sure the babies that result are his? In bed bugs, the male makes a hole in the female and injects the sperm through that. One gene family is involved in that. Then the sperm has to get to the egg.” There is no surety that the method works, she said.

“This genome serves as a beautiful gateway to future research on innovative ways to control bed bugs,” said Dr. Coby Shal, the Blanton J. Whitmire Distinguished Professor in the department of entomology at North Carolina State University and an author of the report. “Having all these genes sequenced is a goldmine for the academic setting and companies interested in controlling bed bugs, which are resistant to most of the chemicals we have.” 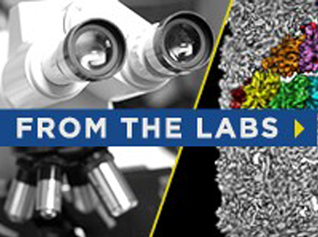 Inside Research at Baylor

Get an in-depth look at research happening at Baylor College of Medicine in From the Labs.