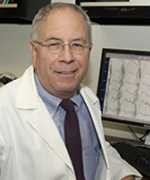 The flow of sodium ions (charged particles of sodium) in and out of cells is controlled by tiny pores or channels. The operation of these pores is particularly critical in brain cells.

Now, researchers at Baylor College of Medicine have found that these sodium ions are critical to the release of insulin and glucagon in the islet cells of the pancreas. Insulin and glucagon are hormones that maintain the proper levels of glucose in the blood.

"A more precise understanding of defective insulin signaling and the molecules that can amplify release may lead to important new strategies in both the molecular diagnosis and therapy of disorders such as diabetes and hypoglycemia," said Jeffrey Noebels, M.D., Ph.D., professor of neurology, neuroscience and molecular and human genetics at BCM, who is senior author on the paper that appears in a recent issue of the journal Endocrinology.The research took place in the Blue Bird Circle Developmental Neurogenetics Laboratory in the BCM Department of Neurology.

"None of the current medical textbooks show that sodium ion channels participate in physiological insulin or glucagon release," said Noebels.

To study the phenomenon, he and his colleagues bred mice with genes defective for this particular sodium ion channel or pre.

The mice with this genetic defect suffered not only seizures but also had an impairment in the ability to release insulin and glucagon from the islet cells.

When they studied the islet cells in these mice, they determined that the sodium channel played a critical role in releasing these important hormones.

For a long time, scientists knew that insulin release from the pancreas depends on the ability of the organ’s beta islet cells to sense the level of circulating glucose in the blood.

When sugar levels are high, the cell is depolarized by the closure of potassium channels, allowing a second key signal, calcium ions, to enter the cells. These trigger the release of small packets containing insulin to expel their contents in the bloodstream in a process known as exocytosis.

"It seems curious, but the islet cells from this mouse are sending a clear message, 'if you would like more sugar, please pass the salt,' " he said.

Much of the laboratory work was performed by Drs. Sara J. Ernst of BCM and Lydia Aguilar-Bryan, then of BCM and now with the Pacific Northwest Research Laboratories in Seattle.