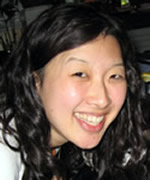 Your eyes are not enough for vision. The brain must be involved to interpret the images that your eyes take.

Now, Baylor College of Medicine researchers have determined that this process called visual perception occurs throughout the part of the brain called the visual cerebral cortex. Their report appears in a recent issue of the journal Current Biology.

"We found that you can generate visual perception by stimulating any visual area," said Dona Murphey, an M.D./Ph.D. student at BCM who pursued the work in collaboration with John H.R. Maunsell, Ph.D., now of Harvard Medical School.

Finding could help the blind

Previously, scientists were unsure what different areas of the brain that process visual information contributed to perceptions of the visual world. Now they know that all these areas are important contributors.

This information is important for explaining vision, and it could be critical to developing devices that might help the blind to "perceive" the visual world, Murphey said. Many such efforts are now ongoing. "You can stimulate any part of the visual brain and elicit perception," she said.

"Early visual areas process simple visual attributes," said Murphey. Later visual areas are those involved in more complicated processing, such as the part of the brain that helps recognize faces.

Questions remain about quality of perception

Animals involved in the study looked at crosshairs on an unstructured gray background while receiving electrical stimulation to a site within a given visual area. If one area of the brain was more important to perception than any other, the researchers hypothesized that they should be able to activate fewer neurons and still get a behavioral response from the animals.

Animal studies, however, do not give researchers information about the quality of the perception, she said. For that reason, she is now replicating the same study in humans.

Funding for this work comes from the National Institutes of Health. Maunsell is also an investigator with the Howard Hughes Medical Institute.