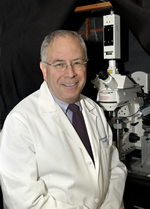 Romantics link the heart and brain in song and poetry. Now, scientists have linked them in science.

The link is a protein switch in the brain. It is associated with the most common forms of epilepsy or seizure disorder, and researchers from Baylor College of Medicine now think it causes heart rhythm disturbances and even sudden unexplained death in epilepsy. A report of their work appears in a recent issue of the Journal of Neuroscience.

"This switch, which is an ion channel called Kv1.1, is actually the second gene we have found to be associated with sudden death in epilepsy," said Dr. Jeffrey Noebels, the study's senior author and director of the Blue Bird Circle Developmental Neurogenetics Laboratory where the study was done. Noebels is also a Cullen Trust Endowed professor of neurology, neuroscience and molecular and human genetics at BCM.

"Now that we are starting to grasp the genes and proteins underlying sudden death in epilepsy, we can begin to predict and find ways to reduce the risk of death in patients with epilepsy," he said.

Most people with epilepsy have a normal lifespan. However, as many as 18 percent of deaths in epilepsy come suddenly without warning. These deaths are called sudden unexplained death in epilepsy because, apart from seizures, those who die are healthy. There is no obvious reason for their deaths.

Now this protein, associated with the Kcna1 gene, may be responsible for heart rhythm problems, although it is present in barely detectable levels in the heart.

The protein acts as a brake that regulates signaling in brain cells by allowing the flow of potassium ions across the cell membrane. In the nervous system, Kv1.1 channels have been studied extensively for their role in preventing abnormal generation of nerve impulses. When Kv1.1 protein is missing, individuals can have spontaneous seizures (epilepsy), motor coordination problems (ataxia), and involuntary muscle movements (myokymia).

Studies in mice in Noebels' laboratory found for the first time that Kv1.1 channels are required, not only for normal brain function, but for proper heart function as well. When mice lacked Kv1.1 channels, their hearts began to skip beats intermittently. These skipped heart beats became more pronounced during seizures, suggesting a functional link between the heart and brain.

The researchers found that the Kv1.1 channels are normally present in the vagus nerve, which physically connects the brain and heart and helps regulate proper interactions between heart and brain. The vagus nerve provides nerve fibers to the throat, voice box, windpipe, lungs, heart, esophagus, and the intestinal tract. It also brings sensory information to the brain from the ear, tongue, throat and voice box. 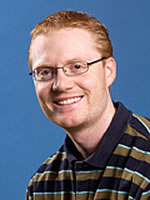 "In mice without Kv1.1 channels, we think the vagus nerve loses control, sending extra nerve impulses to the heart telling it to slow down and even stop beating when it shouldn't," said Dr. Edward Glasscock, a research associate in the Department of Neurology at BCM.

Most of the mice who lacked this protein switch died prematurely. Researchers observed seizures in a mouse that lacked the Kv1.1 protein. These seizures caused the heart to stop repeatedly until the animal died. The events closely resemble those reported in a few witnessed instances of human sudden unexplained death in epilepsy.

Other researchers who took part in this work include Jong Yoo, Tim Chen, and Tara Klassen, all of BCM.

Funding for the study came from the National Institutes of Health, the American Heart Association, and the Blue Bird Circle Foundation of Houston.